Barcrest company appeared in England in 1968. At that time Barcrest specialized on arcade and bingo games and offered some selection of pub games. Lately, in 1998 they were acquired by IGT (International Game Technology). This occasion gave Barcrest a chance to make its name on market of online gambling.

Great partnership of two companies gave Barcrest a chance to make their games known, while IGT could expand their services and enter market as strongest competitor. Since 1998 company is involved in internet casino business.

After earning great stability in land casinos, Barcrest become a part of IGT invasion to internet world. They developed and offered great soft that quickly attracted attention of gamers and online casinos. Both companies were formerly involved in gambling business, so they form solid understanding of what attracts gamblers in a game. That was a reason that brought amazing success to their soft production.

Attractive games with loud names, bright images and huge wins. These were necessary features of everything they released.

Lately Barcrest was bought by another gambling company called Scientific Games. Till that time Barcrest had already become number one supplier for offline casinos in Europe and one of popular soft manufacturer among world casinos.

Current game selection of Barcrest is not big. Many Barcrest games were issued under name of another company and Barcrest simply has no right for them. However, Barcrest kept its talented team of developers and marketologists so there is a great hope, this producer will issue new set of wonderful games in the nearest time.

Despite having a short list of owned games, Barcrest software is chosen by many casinos and gambling services. Its platform is attractive by games’ quality and creative design. However, what is more attractive is a name of Barcrest. Company earned its fame working offline, but it also brings Barcrest respect and recognition from online players and partners.

Among most popular partners of Barcrest there are:

In this list you see only a few partners of Barcrest casino soft supplier. Actual number of partnering casinos is higher and it keeps growing. Barcrest is not as popular as it could be in online world, as the company is still concentrated on holding its position offline. However, the more opportunities internet field is offered the more involved Barcrest becomes.

Barcrest has produced around 40 slots that are now popular online. In fact, number of produced offers can be much higher, however, Barcrest is managed under a name of another company, that’s why its production is often issued under someone’s else name.

Most games have great quality and interesting design. Producers are always looking for new themes and interesting images to complete their games design. Barcrest production is a wonderful combination of gaming joy and an opportunity to win a big money prize.

Game interfaces are developed in a simply and understandable way. Those who like slots will appreciate Barcrest game selection. Let’s have a look at some interesting offers:

Ooh Aah Dracula
Funny game with vampire design. This game was issued in the time when monster and vampire theme was especially popular. This game stays loved and often chosen. It is crafted in dark colors that are pleasantly combined. Lots of images like vampire mirrors and glasses are not only decorative elements but they also replace traditional images and have their own functions inside the game. Playing, Ooh Aah Dracula, you are enjoying fascinating game not just money winning process.

Elvis Top 20
Retro game with great vintage look and entertaining images. It may appear old-fashioned at first glance, however, the more you play it, the more you are in love with its concept and design.

Merry Money
This game is a great example of high quality and comfortable design. It looks like traditional casino Robin Hood game, however, differs by images and slightly by concept. This is interesting and allows winning fast and easily.

Barcrest has upgraded many games for smaller screens of smartphones and tablets. While keeping similar design and game quality, developers adjusted size of game screen and visibility of important comments. Buttons are also enlarged to make it comfortable to play with finger.

Mobile games are presented on sites and applications of many casinos. Most games are performing excellently on both Android and iOS devices.

Bonuses are very important for attracting new clients. Size of an offered bonus may decide if a player choose a casino or a game. Barcrest understands that and offers very attractive conditions for newcomers. They have a solid number of free spin games, to start playing, it’s only necessary to register in a casino and enter a game. Choosing some Barcrest slots, newbies will be rewarded by pleasant welcoming bonuses or gifts.

Size of bonuses and amount of free spin may also depend on partner’s condition. So, some casinos offer more attractive bonuses like 100% or 200% match bonuses for first deposits, while others treat their players in a more modest manner offering free spins and 20% rewards. 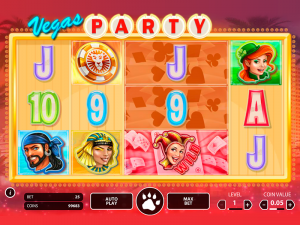 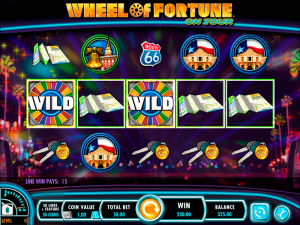 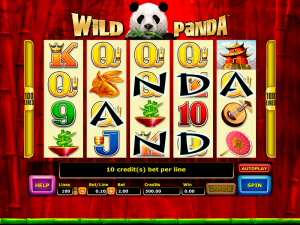 Sorry! This casino is restricted in your country.

Try these casinos instead: